Mansion House tube station is between Cannon Street and Blackfriars stations on the District and Circle lines. Other stations which are served by at least one of these lines include Kings Cross – St. Pancras, Liverpool Street, Farringdon, Hammersmith, Tower Hill, Victoria, and Paddington.

The closest hotel to Mansion House station is the aparthotel SACO – The Cannon ✰✰✰✰, which is adjacent.

The air conditioned units come as studios or one-bedroom apartments that sleep up to two or three people and come with a kitchen.

Other hotels near Mansion House station: 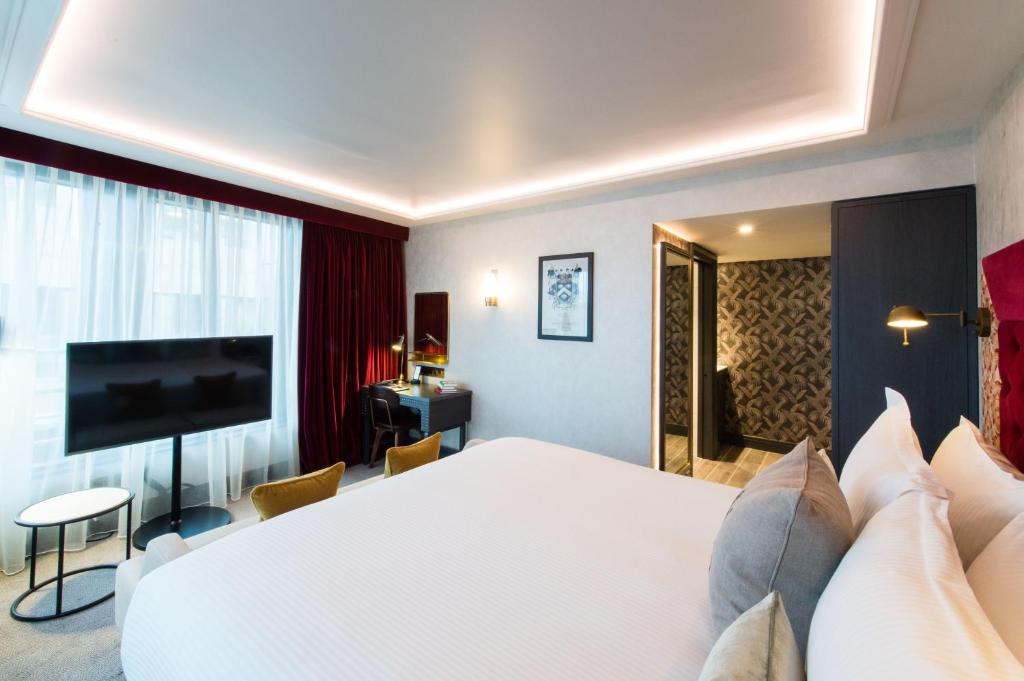 Vintry & Mercer ✰✰✰✰✰:0.1 km (.06 miles) The air conditioned rooms sleep up to two adults or two adults and one child. 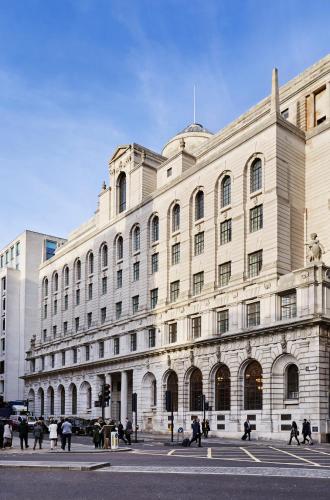 The Ned ✰✰✰✰✰: 0.3 (.19 miles) The air conditioned rooms sleep up to two or four people.

Pets are allowed on request with possible additional charges. Pet baskets and bowls are available.