May28Comments Off on Hotels Near Liberia Airport 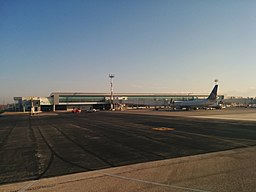 Flight destinations include year-round flights to Panama City, Los Angeles, Miami, London, Toronto, New York, and Dallas. In addition, there are seasonal flights to cities that include Denver, Minneapolis, San Francisco, and Chicago. The rooms sleep up to two or four people. They also come with a microwave and refrigerator.

Hotel amenities include a restaurant and a 24-hour mini-market. There’s also a fitness center and outdoor swimming pool. The only other hotel near Liberia Airport is the Hotel Santa Ana Liberia Airport ✰✰, which is 5.8 km (3.5 miles) away. Like the Hilton Garden Inn, it also offers an airport shuttle.

The hotel offers single, double, and triple rooms. The rooms have air conditioning as well as a private bathroom.