As one of the many towns that make up the Los Angeles area, Burbank is home to numerous television and film studios, including Walt Disney Studios and the Cartoon Network Studios, as well as being home to one of the locations of the New York Film Academy. These are the closest hotels to the following points of interest in Burbank: 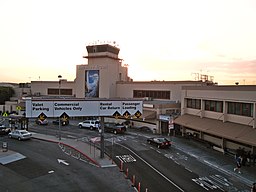 There are also two train stations at Hollywood Burbank, Burbank Airport – North and Burbank Airport – South, both of which are served by LA’s Metrolink trains. The South Station is served by the Amtrak lines Coast Starlight, which runs between LA’s Union Station and Seattle, and the Pacific Surfliner, which runs between San Diego and San Luis Obispo.

The closest hotel to Hollywood Burbank is the pet friendly Los Angeles Marriott Burbank Airport ✰✰✰, which is 1.2 km (.75 miles) away and offers an airport shuttle.

Other hotels near BUR: 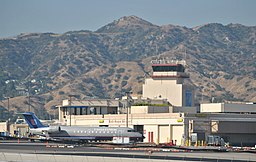 Besides its main branch in New York, the New York Film Academy (NYFA) has branches around the world, including locations in Paris, Beijing, Rio de Janeiro, Orlando, and Moscow. The Los Angeles location of NYFA is located near the film studios of Burbank.

The two closest hotels to NYFA Los Angeles are The Tangerine ✰✰✰and the Best Western Plus Media Center Inn & Suites ✰✰✰, which are both 0.6 km (.37 miles) away from the school.

The Tangerine: Breakfast included. The rooms include a mini-refrigerator, as well as tea and coffee making facilities. Free parking.

Best Western Plus Media Center Inn & Suites: The rooms come with a microwave and a coffee maker. Free parking.

Other hotels near NYFA: