Besides being one of Europe’s most heavily used airports, Frankfurt Airport also has a rail station for Germany’s Intercity Express (ICE) trains. There are ICE trains going through this station headed for Cologne, Bonn, Nuremberg, and Munich, amongst others. Anybody who is looking for a hotel close to Frankfurt Airport could just as likely be concerned about a train that will be running early in the morning or late as night as a very early or late flight. 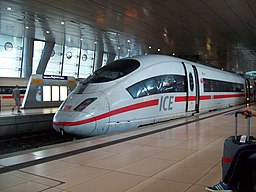 The closest hotel to Frankfurt Airport is a somewhat unusual option. The My Cloud hotel is located in in the ”non-Schengen” area of Terminal 1 and can only be used by people who have a connecting flight. One can choose between hourly rates from between 3 to 24 hours, or overnight rates. Although My Cloud wouldn’t be a possibility for those who are properly visiting Frankfurt, it would probably be a better place to sleep during a layover than the floor or the waiting room chairs.

Other hotels near Frankfurt Airport are: 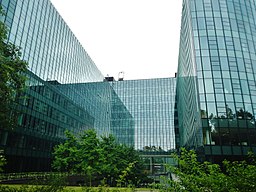 Element Frankfurt Airport Hotel ✰✰✰✰ 1.8 km (1.12 miles): An aparthotel in which the breakfast is included and offers an airport shuttle.

Wirtshaus zum Schützenhof 3.4 km (2.1 miles): A Wirtshaus is a traditional German tavern, some of which also serve as inns.