Aug16Comments Off on Munich City Center

Munich’s central point in generally considered to consist of the Marienplatz and a walkable area of several blocks around it which comprises the Old City (Altstadt). The Old City is bordered by four points: Odeonsplatz in the north, Sendlinger Tor in the south, Isartor in the east, and Karlsplatz in the west.

A 45-minute ride from the airport on either the S1 or S8 suburban trains, Marienplatz is a city square in front of the City Hall (Rathaus) and part of a pedestrian zone which is Munich’s main shopping district. It’s also where the main Christmas market is held every year. 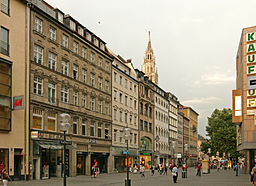 Other attractions is the Old City include the Viktualienmarkt food market, the Frauenkirche cathedral, the Hofbräuhaus tavern, the Munich Toy Museum, and the National Theater. The exclusive shopping street Maximilianstrasse is also in the Old City.

Both of Munich’s major train stations are close to the city center. The main train station (Hauptbahnhof) is at the other end of the pedestrian zone that ends at Marienplatz. It’s roughly a ten-minute walk from one end of the pedestrian zone to the other. The east station (Ostbahnhof) is only a couple of subway stops away from either Marienplatz or Odeonsplatz. Odeonsplatz is a square in front of the Residenz Palace and the Hofgarten, which are both next to the Englischer Garten. 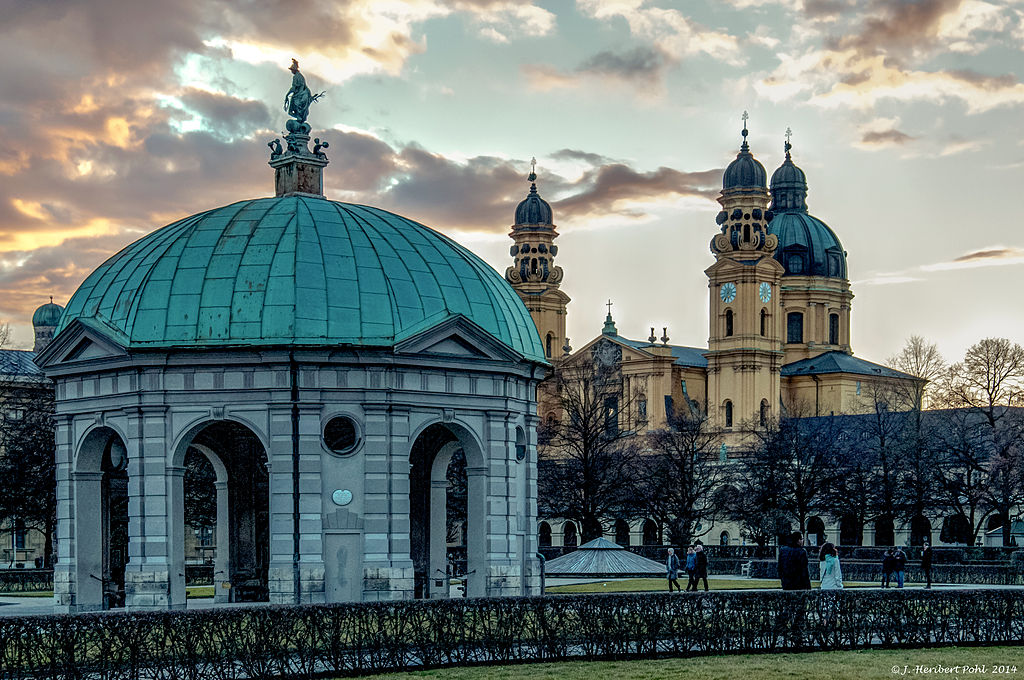